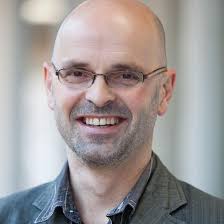 Peter Noorlander, the Dutch-born and South London-cool international human rights lawyer has just moved on from the Media Legal Defence Initiative (MLDI), which he co-founded.

Noorlander continues his fight with a project to encourage and facilitate strategic litigation regarding digital rights and freedom of speech online, to challenge surveillance and data retention practices.

He and what he calls an ‘ecosphere’ of a couple of dozen lawyers and human rights organisations across Europe are working with a group of donor orgnisations to build a coherent and coordinated approach to such litigation, similar to models used seen in America.

The US, he says, has a ‘well-developed civil rights scene,’ that is happening to a degree in the UK, but lacking in the rest of Europe.

‘In the States you have a long history of people standing up for their rights and using the courts to do that.

‘In Europe, because of the traditions of social democracy and the way civil society has come about, you have much less of a culture of taking the government to court to enforce your rights’.

‘That was just one guy, with a lot of passion, working in his spare time with a couple of people helping him for free, but absolutely no framework around him to support him,’ observes Noorlander.

‘They are high on passion and energy, but it’s not a sustainable way to do human rights litigation.

‘What he, and others like him need, is support – a mechanism around them to professionalise it. But nobody’s going to do it if there isn’t some money behind it – people need to pay the bills’.

A lot can be achieved through litigation to clarify rights, he explains, something, he says, that is especially important now with new data protection and surveillance laws coming in, that infringe privacy.

‘The use of data is going to determine so much of our lives over the next 10,15 and 20 years and all sorts of decision-making is algorithmic’.

But the public, he says, do not realise how much information about them is out there. He speculates that is because the subject is ‘not very interesting’.

‘Data protection is so important, but it’s such a technical area of law and the two words immediately make your eyes glaze over. It’s so boring, even for lawyers. So it’s kind of a challenge. Big data is a big thing’.

Born in Holland, Noorlander studied law at the University of Maastricht and completed an LLM at Nottingham.

Realising he was not that interested in the practice of law, but in the policies and principles behind it and in human rights issues, he ‘rolled into human rights NGOs’.

He worked at Justice when the Human Rights Act was going through parliament. ‘It was a time of such a change in the legal culture. Labour had been elected and there was this real sense of optimism.

‘That was really great for a while, but then they invaded Iraq and it all went pear-shaped’.

After stints at Article 19 and the Open Society Foundation, he co-founded MLDI in 2008.

‘I’ve been lucky enough to work on issues that were more global, which has the advantage of working in a very diverse bag of countries, issues and legal systems, but also means that I don’t really know anything much in-depth about any country in particular. I know a little about a lot of countries. It’s a unique skill, but not very marketable,’ he quips with a dry, self-effacing manner.

Something of which he is keenly aware is the steady slide of the rule of law and rise in assaults on free speech, with increasing numbers of journalists and bloggers imprisoned or killed because of their writings. Last month Xulhax Mannan, gay rights activist and editor of Bangladesh’s only LGBT magazine, was hacked to death.

The decline in respect for the rule of law, he laments, has happened as much in Western Europe and North America as elsewhere, causing the West to lose the moral high-ground upon which it used to stand.

He attributes this decline to the delayed effects of 9/11 and the impact of the economic crisis. ‘To me, it’s also clear that invading Iraq and Afghanistan were really bad foreign policy decision, which put things in motion and had a domino effect, that encouraged Islamic extremism.

He continues: ‘Free speech doesn’t exist in isolation, it exists in tandem with everything else’.

And the economic crisis, he suggests, has made the media much more vulnerable. ‘Support ecosystems for journalists have fallen away, freelancers are being sent abroad without adequate protection, media in many countries don’t protect their own workers hardly at all. It’s a whole combination of factors and each feed into a spiral’.

‘I could probably talk for an hour about all the factors – the rise of Putin, the rise of China, the election of people like Modi in India….

He is particularly aggrieved by the fact that the argument being made by the British government about scrapping the Human Rights Act is the same debate that Putin is leading in Russia about withdrawing from the European Convention on Human Rights.

‘Are we setting an example for Putin? How did we get to this point?’

He is disappointed that German chancellor, Angela Merkel, has approved a criminal inquiry into German comic Jan Boehmermann, for ‘insulting’ Turkish president Tayyip Erdogan, by reciting a poem that made sexual references about him.

On the whole, says Noorlander, the German courts are ‘quite good’. He suggests that the case will not get very far and even if Boehmermann is convicted, Noorlander believes it would not be constitutional under German law and would certainly get struck out by the Strasbourg court.

‘But the fact that he is being investigated is bad enough and sends the wrong signals,’ he adds.

In this environment, he suggest, the worst thing that human and civil rights lawyers could, is give up. Paradoxically, he notes: ‘In the face of all this negativity, we are seeing really interesting victories at constitutional courts around the world.

‘The Indian Supreme Court last year struck down laws that prohibited the leaving of insulting comments online, the Zimbabwean constitutional court struck down defamation laws and other criminal laws on speech, and the European Court of Human Rights and other courts are doing a good job on the whole, standing up for free speech and human rights’.

Even in Russia, he says, in the face of Putin trying to introduce regressive measures, ‘some measure of justice on the constitutional values’ can be achieved through the courts.

Focusing on the UK, Noorlander ridicules the growing trend of no-platforming and silencing those whose views are deemed by others to be too offensive to be expressed.

‘The sad thing it that is happening at universities, where students should have more affinity with tolerance and liberal principles,’ says Noorlander.

The approach, he suggests, should be to allow someone to speak and then to challenge what they have to say and expose their bigotry or wrong-headedness.

He ponders: ‘People are offended more easily, perhaps because they are confronted with a lot more stupid stuff on the internet’.

And the internet poses problems for the law and the courts when treading the delicate balance between privacy and free speech.

Noorlander isn’t too bothered by the case, which he says should have been a ‘slam-dunk’ decision for the courts, once the parties involved had been named in other jurisdictions. ‘I don’t understand why the Supreme Court is sitting on it for so long’.

He goes on: ‘What the law doesn’t understand is that freedom of expression is global and the internet is global. It still tries to pretend there is a part of the internet that it can control’.

Conversely, he points to the issue of libel tourism to illustrate an area where the English courts apply the law globally, where they should not, allowing foreign litigants to pursue cases in this country.

MLDI, he says, is working on a ‘telling’ case that ‘shows what is wrong with the libel laws’. It helped renowned Russian journalist, Olga Romanova, who alleged that a Russian businessman and former senator, Vladimir Sloutsker, had taken out a contract on the life of her husband, Alexei Kozlov, after the two had fallen out.

Sloutsker, says Noorland, ‘as every self-respecting oligarch does, has a house in London.’

He sued Romanova at the High Court in London over the comments she had made on Russian websites in Russian.

Mr Justice Warby ruled that he could hear the claim because Sloutsker ‘had, and has, a substantial and widespread reputation in this jurisdiction’ and although the posts were made on Russian blogs in Russian, to a primarily Russian audience, a significant number of people in England were likely to have seen them.

Romanova, says Noorlander, was unrepresented through most of the proceedings, while Sloutsker was represented by 5RB’s Adrienne Page QC. Warby ordered Romanova to pay damages of £110,000, a judgment that Noorlander explains, can be enforced in Russia and will bankrupt her.

Last month Romanova’s last-ditch application for permission to appeal out of time – on the point of jurisdiction – was rejected by the Court of appeal.

More generally, says Noorlander, while the substance of the libel laws in England is ‘not too bad’, defending a claim is too expensive and lengthy, which has a ‘chilling effect’ on what is published.

‘If a journalist gets a letter of claim, their first reaction is “shit, that’s going to cost me money” and that is really bad’.

He points to a study from Oxford University that found it was up to 140 times more expensive to defend a libel action in England than in any other country in Europe, except Ireland.

‘Lawyers are expensive and the procedure is complicated. If you want to run a responsible journalism defence, the number of hoops that you have to jump through and the kind of evidence you have to bring to a court, means it will take time and money.’

Considering the behaviour of the press in the UK, Noorlander’s verdict is that they are ‘a mixed bag’. The whole regulatory shake-up, in the wake of the Leveson enquiry, he finds unnecessary.

‘What led to Leveson was criminal offences being committed by the media, that the police failed to do anything about.’

And how does he rate the new press regulator, IPSO (Independent Press Standards Organisation)? He laughs and choking on his soup, splutters ‘it’s so fucking parochial’.

He likes the idea and model behind rival regulator, Impress, which he says is truly impartial, though it has not gained buy-in from the media.

On regulation across the globe and the escalating battle between Google and the French authorities over the reach of the ‘right to be forgotten’ ruling, Noorlander says greater balance is needed on both sides and a willingness to enter into a reasonable debate.

‘The American’s need to realise that there are other approaches to free speech besides theirs and so do the French.’

But, he muses, how do you reconcile that without going into systems of censorship.

Coming back to the UK, he says, there are many laws that need improving: ‘The anti-terrorism law is still quite restrictive — Miranda’s case showed that ordinary journalism can be seen as terrorism (though that was nullified to a degree by the Court of appeal); freedom of information, which was only introduced 10-15 years ago, is being nibbled at; contempt of court is a minefield for journalist; and the law is only beginning to understand how online expression and tweeting can’t be judged by the same rules as are applied to professional journalism.

He concludes wistfully: ‘The law’s got some growing to do, but when you look at other countries outside of western Europe, the UK is not so bad’.