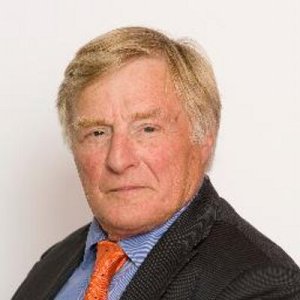 Over fish and chips in Fleet Street’s El Vino, one of the country’s most respected and well-loved former Court of Appeal judges explains why he is a ‘complete remainer’, and shares his doubts about revenue-raising DPAs and his concerns over the ‘bureaucratic’ judicial appointments process.

Sir Anthony Hooper was called to the bar in 1965, practiced criminal law from 5 Paper Buildings and took silk in 1987. Appointed to the High Court in 1995, he was elevated to the Court of Appeal 2004, where he shared a corridor with two like-minded and similarly out-spoken and pragmatic colleagues Sir Robin Jacob and Sir Alan Moses. ‘We were called the naughty boy corridor,’ he recalls.

He remembers the time that new style High Court judicial robes, resembling those worn by ‘an evangelical choir’ where introduced. They were not widely liked, but says Hooper, pleased one member of the bench. ‘Because they were so large, you couldn’t see what someone was wearing underneath, so he didn’t need to wear a suit and went into court in just his shorts’.

Having reached the mandatory retirement age, Hooper hung up his robes in 2012. He reflects: ‘It is very hard work being a judge. I enjoyed it very much, but as with so many things, you move on. The government hasn’t asked me to be a security commissioner or an intelligence overseer’. But he has found other pursuits to occupy his brain.

He continues: ‘There’s an argument for saying judges should be allowed more leeway – they are in the United States. But one doesn’t want a situation where a former judge of the Court of Appeal becomes an advocate in Southwark Crown Court’.

Since leaving the bench, Hooper has been an associate member of Matrix. ‘I really love it; it’s a wonderful home for me’.

And he has been no slouch. He has recently returned from East Africa where, on behalf of the United Nations and the World Bank’s Stolen Assets Recovery Unit, he has been training judges handling corruption cases, in particular dealing with proceeds of crime legislation.

He spends a large amount of his time investigating corruption for the International Association of Athletic Federations (IAAF).

‘I’ve been appointed to investigate individuals against whom the Ethics Commission has found a prima facie case. Last year I did a report on four people and following that report all four were suspended – three for life and one for five years. It’s public knowledge I’m looking that I’m looking at other people’.

He explains that he is not concerned with doping, but with corruption, although doping is the background to the investigations.

As the country prepares to go to ballot box over the UK’s continued membership of the European Union, Hooper shares his strong views.

‘I am a complete remainer. I have followed many of the arguments that have been raised, and I know it’s a very complex issue. But, I start from a very personal standpoint.

‘I was born in 1937. In February 1942 my father, part of Bomber Command, was killed on a raid on a German naval base in France. His plane was shot down and eventually crashed.

‘Six months later my grandmother was dead, as a result of a loose bomb dropped by a returning German bomber. He presumably decided he didn’t want to take his bombs home, so just dropped them. That literally took out the house in which my grandmother lived in a small village in Dorset.’

Then as, an eight-year-old boy he recalls seeing the horrific pictures of the liberated concentrated camps of Belsen and Auschwitz. ‘Those images are seared into my memory’.

‘The freedom to is the freedom to exercise the great fundamental rights of the EU – freedom of movement of persons, goods, capital and services’.

For him freedom of movement is particularly important. ‘Some people today don’t remember what it was like when one had border controls. Now one can drive across Europe without any reference to border controls.

Withdrawal from the EU, he says, will mean fighting for the freedoms that we have hitherto enjoyed, and will necessitate, at huge cost, the ‘bureaucratic nightmare of re-establishing government controls over people moving’.

Under EU provisions Hooper was able to appear as an advocate in the French Court of Appeal. ‘That could be inconceivable in the future, unless we manage to negotiate new terms. And if we negotiate those terms, we might as well be back in the EU anyway’.

He does not want the right to work abroad to be dependant on a ‘bureaucratic machine’ in the Home Office or foreign equivalent.

In the event of a Brexit and the consequent break-up of the EU, he fears ‘a slow process, aided and abetted by Mr Putin, to break off Hungary, Poland, Lithuania’.

‘All those countries have border issues and people from other nationalities living round their borders. It’s not impossible to imagine a situation where rabid or ultra-nationalism comes back in and persuades people to kick out the foreigners from their country, followed by outside intervention.’

Parts of the Brexit campaign, he says, have been ‘absolutely outrageous’, and he accepts that the remain campaign has ‘overdone the fear factor’. But, he insists, there will be significant economic consequences to Brexit.

His next point, he concedes is ‘not a good argument to put forward for remain’, but nonetheless observes: ‘Look at those who want us to leave – Mr Putin, Donald Trump, the chameleon-like Boris Johnson, Chris Grayling (who managed to destroy the criminal justice system in his short tenure in office), Nigel Farage, George Galloway, Michael Gove. I’m not sure that I want to be in the same camp as that lot. They are an unsavoury lot’.

Another factor in the EU’s favour, he notes, is the fact that it has been one of the only organisations to stand up to the large American companies, like Microsoft, Google, Amazon and Apple, and examined their practices from the point of view of anti-competitive practices or tax avoidance.

Like most, Hooper, is uncertain which way the vote will go. Adapting Harold Wilson’s comment, he observes ‘a day is a very long time in politics’.

Given his work with the World Bank, he says about the Bribery Act here. ‘It’s probably the most stringent bribery act in the world now, of which I am aware’.

Unlike the American legislation, it does not have exceptions for so called facilitation payments, under which payments are permitted for enabling things to which you have a legal right to have done.

Though few companies have been prosecuted under it, he expects the Act has given many cause for concern due to the ‘failure to prevent provisions’, which enable the prosecution of companies that do not in place proper anti-corruption procedures.

Last year saw the first deferred prosecution agreement (DPA) this side of the pond. Hooper is not a great fan of the American export. He observes that prosecutors state-side have taken billions off companies, often only remotely linked to the USA, and returned only a small percentage to the countries where the bribery took place.

‘When I talk about DPAs I sometimes give this apocryphal and slightly tongue in cheek example.

‘I’m a French company and I go to Africa. I want to do a deal with their Ministry of Defence, but am told that no one gets a contract with the MoD unless they pay 10% to the Minister – that’s just the absolute rule. You either pay or you don’t get the work. The company decides to pay.

‘The Americans or the British get to hear about it and investigate – and they say that unless I pay $1bn, they’ll prosecute me. I ask the audience to contemplate those two scenarios’.

Hooper has doubts about the Prime Minister’s desire to expand corporate liability to a failure to prevent to money laundering and fraud, observing ‘it’s a wonderful way to increase revenue – it’s a tax on companies – maybe that’s a good thing’.

Adding with a chuckle: ‘It’s also wonderful for lawyers.’

Appointed to the bench by Lord Mackay, he is concerned by the lack of progress made towards increasing judicial diversity and unimpressed with the new system of judicial appointment.

‘I’m far from certain that I would be appointed under the modern system of interviewing and role play’.

He questions how you can decide if someone is suitable for the Court of Appeal on the basis of an interview, and voices concern that ‘we have lost something by this very bureaucratic method’.

‘I’m not saying the system under which I was appointed was any better; it no doubt had huge problems. But now you have someone who wants to be a recorder having to take a written exam.’

The concept of making a recorder, seeking a circuit appointment, go on a course and undertake role play to determine if they are suitable, he finds ‘extraordinary’ and suggests people will learn only to give the answers they know are required.

Looking at the transcripts of their trials, he says, will tell you all you need to know about what sort of judge they will be.

He recalls an account relayed to him of the role–play exercise of one wannabe circuit judge. ‘He was told that someone would come in to get him in 10 minutes for him to hear an application.

‘After eight or nine minutes someone came in and said “I’m sorry, we’re not ready for you; you can’t come in to court.” He said “rubbish, I am coming in” and strode into court’.

The fellow had assumed it was part of the role-play, and that he was required to show robustness in ensuring that the court ran efficiently. But, arriving in court, he found that the assessors really were not ready for him and were still dealing with the previous candidate.

Selecting judges, he accepts, is tricky, but ‘all this role-play stuff and answering questions, is looking only at what someone has achieved’. Rather, he says: ‘What you need to look at is potential, and that is hard to assess’.

On the future of the criminal bar, Hooper is ‘very depressed’. ‘It has so radically changed in my lifetime. Anyone charged with a serious criminal offence could have top quality advocates, but they have been driven away by nickel and diming them on the money and by a propaganda campaign by Grayling and his predecessors.’

Now, he fears for the quality of representation and laments the destruction of the legal aid system, which was ‘Attlee’s great legacy’.

Speaking of things not being what they used to be, El Vino has recently reopened following a refurbishment, after being sold to wine bar chain Davy’s. It is lighter and brighter, but much quieter than in its heyday.

‘I remember this place when it really was the place at the centre of the two worlds – the bar and the press’.

He gestures towards tables behind him: ‘The 27-stone James Crespi QC [injured in the 1973 Old Bailey bombing] regaled everyone with his stories from there, and over there they’d be journalists like Alan Watkins and Peregrine Worsthorne.

‘Women were not allowed to stand at the bar. The owner’s defence to the discrimination case fought against him by members of the bar was that it was the only way to protect male barristers from women – he lost’.

If he hadn’t done law, Hooper imagines that he would have like to direct films, like his Nephew, Tom Hooper, who lists among his credits The King’s Speech and Les Miserables.

‘I gave Tom a 16mm Bolex camera and he made his first film with it. So I feel a little link there,’ he says with fondness.

But reflecting on his life, he says: ‘I have absolutely no regrets. I’ve made choices, I’ve enjoyed my life and I’ve been hugely fortunate’.