Over a beef sandwich and glass of crisp white wine at Fleet Street’s El Vino, the solicitor who led the charge for a the vote of no confidence in the Law Society’s former chief executive tells how he turned from ‘terrorist’ to Chancery Lane insider and, as it reels from the resignation of its latest chief, points out how it needs to change to survive. He also predicts the death of the criminal bar in 15 years and widespread bankruptcy if further legal aid cuts are implemented. 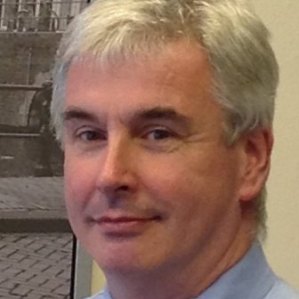 Solicitor advocate and partner at Liverpool firm Parry Welch Lacey, James Parry, is best know for the campaign he lead for a motion of no confidence in the Law Society’s leadership in the wake of its deal on criminal legal aid with justice secretary Chris Grayling in 2013.

Vote of no confidence

The motion declared that the Society’s members had ‘no confidence in the ability’ of Nicholas Fluck, president, and Des Hudson, chief executive, to ‘properly and effectively represent’ legal aid solicitors in the negotiations with the government.

It was passed by 228 votes to 213. Hudson resign the following March, but said that he made the decision to quit the previous year.

Parry recalls how it happened. ‘We were sitting in the office one morning – everyone was saying that something should be done, but no one was doing anything. So we said “why don’t we do it?”

‘The first thing that happened when we started the call for a vote was a call from Des Hudson’s secretary to say Des would like to speak to me. It turned into a bit of a haranguing – I was stood on the naughty step for 15 minutes while he gave me his opinion on what I was doing. We had to agree to disagree’.

Two local lawyers were delegated to keep an eye on him and persuade him to come to heel. Then he was invited to attend a round-table meeting with Grayling – which was the first time he had been to Chancery Lane.

Parry expected to lose and he, reckons, the Law Society expected him too. ‘If it hadn’t been for social media we wouldn’t have won,’ he adds.

The Haldane Society unexpectedly put on a show of support outside the Chancery Lane HQ and on arriving Parry says he was aware there was support for the motion.

During the ‘fairly-chaired’ debate he recalls a key moment: ‘A lady, whose name I can’t remember, said “here we are surrounded by pictures of all these dead white men”.

For Parry it seemed a visual demonstration of how out of touch with its members the Society had become.

From terrorist to insider

Since those revolutionary days, Parry’s involvement with the Law Society has changed – he now chairs it criminal law committee.

After the dust had settled, Richard Atkinson, the then chairman of the committee, suggestion to Parry that if he was going to criticise the Law Society, he should do it from the inside, if he really wanted to bring about change.

‘I think he had point. It’s very easy to sit on the sides and snipe, but that’s not terribly constructive,’ says Parry.

‘The strange thing about my transformation from terrorist to insider, is that when I started the vote of no confidence I had no idea that the criminal law committee existed. I knew very little about the way the Law Society worked. I think that’s part of its problem’.

Contemplating the Society’s future, he more than most is aware of its needs to change. ‘It’s not a regulator nowadays; it’s just a members’ society, but it is seen as irrelevant to many of its members’.

Though he says it would be a sad day when it happened, he can imagine a time when the Society no longer admitted solicitors. He can also see it splitting up because the needs of its diverse members are so varied.

City solicitors, he suggests, are well served by the City of London Law Society, criminal lawyers have their own groups and family practitioners, who have seen their legal aid work disappear, feel failed by it.

One of its difficulties, he says, is that it ‘was designed for a different century’ and has a ‘very slow chain of command’. Looking to the future it needs to be more transparent and more reactive to its members.

‘It has got to put itself in a position where it can survive on the membership that it can keep with it’. To do this, he suggests, it should become a training provider and trade union that actively promotes the interests of its members.

‘But they can’t do that on the basis that everything happens in London, because the majority of us aren’t in London,’ he adds.

Like many criminal solicitors, Parry is concerned about the proposed reforms to the advocates’ graduated fee scheme, currently being consulted on by the Ministry of Justice.

‘My personal view is that it is grossly unfair to the junior bar and solicitor advocates. It restores an increase to silks, but juniors will suffer’.

And it is the junior bar, he says, who will feel the pinch the most. ‘Firms will take the financial hit for their junior solicitors who get paid a wage, but junior barristers will take the hit themselves’.

He predicts that many young barristers will go in-house with law firms or turn away from criminal practice, which will remove the senior juniors and prosecutors of the future.

Looking at the fees on offer for juniors, after taking into account chambers’ rent, travel, and tax, he says ‘it’s not far off burger-flipping money’.

If it sticks by the new scheme, which it helped devise, he suggests the criminal bar will do itself enormous damage and will cease to exist within the next 10-15 years.

As criminal practitioners are being asked to consider the new scheme for Crown court advocacy payments and to sign up to new criminal legal aid contracts, uncertainty remains over whether the second tranche of 8.75% fee cuts will be implemented.

The new contract comes into force in April and the fee cut is written into it, although it appears to have been put on the back burner by the Ministry of Justice.

Parry suspects that pressure from the Treasury will see the further cut made. And if that does happen, he predicts ‘some pretty high-profile bankruptcies in the near future’.

While many firms will feel they have not choice but to sign the new contract, if the cuts come in, he cannot firms will survive as fees have already been cut to the bone.

His own firm is undecided about whether to sign up to the new contract.

As the ministry presses on with its programme of court closures, Parry reflects on the changes that have taken place on Merseyside. ‘In the last five or six years we’ve lost three of our major magistrates’ courts.

‘When I went to Liverpool in 1990, the magistrates’ court had 21 court rooms – it now sits in the crown court, where it has eight court rooms and a youth court that sits only twice a week.

He doubts that the decline in courts and cases reflects falling crime. Rather, he suggests: ‘People are being cautioned, let off, given final warnings and are not coming before the court.

‘That’s troubling, not because I want to see people criminalised, but if you don’t bring people before the courts you end up with secret justice, which then becomes injustice’.

It also causes a loss of confidence in the criminal justice system, because people still see crime around them, but nothing being done about it.

Cases, he says, are not getting to court, because the police do not have the staff to do the necessary work – partly due to cuts but also because they have been increasingly focused on sex offences and anti-terrorism. In addition, he says, the Crown Prosecution Service is ‘badly under-funded’ and cases are either not being prepared properly or are being dropped.

Means testing for legal aid eligibility was reintroduced in the magistrates’ court in 2006. Since then, says Parry, it has worked to deny people access to legal representation and justice.

If a couple’s joint income exceeds £239 a week, he explains, they will not be eligible for legal aid, which effectively means that the scheme only covers those on state benefits.

‘Huge numbers of people have been stripped out of legal aid. Legal aid is dying’. And the result is that people are either paying privately at a much lower rate than the legal aid rates or are representing themselves.

On the impact that Brexit will have on EU justice measures, he hopes that the use of the European Arrest Warrant and other crime fighting initiatives will remain.

‘It would be a travesty for us to be kicked out of law enforcement measures at this time of increased concern over terrorism.’ Adding: ‘The biggest increase in criminal activity is online and the internet does not respect borders’.

Considering the impact that false accusations have on those accused of rape and serious sexual offences, and in particular looking at the high-profile cases involving Paul Gambuccini and Cliff Richard, Parry believes there should be anonymity for defendants.

While he acknowledges the counter argument that naming defendants can lead to other victims coming forward, he observes that subsequent accusations can be dealt with in separate trials, as has happened in relation to Rolf Harris.

‘If you make an allegation of sexual impropriety against anyone it ruins their career. Their reputation is gone and an acquittal is insufficient to restore it’.

Recounting how he got into the legal profession, Parry says it was an accident. ‘I ran away to sea just after my O-levels, joined the Royal Fleet Auxiliary and trained as a marine engineer’.

He qualified just before defence cuts came in that preceded the Falkland’s war, so had to look for a new path. Seeing that all major industry was drying up, he had to find an alternative path.

After completing a business studies diploma he took a job in the fines and fees department at Sunderland Magistrates’ Court, which he found exceedingly dull.

Going into court one day, he witnessed a bail application and thought he’d rather enjoy doing. Fortunately for him the burgeoning CPS was recruiting court staff to its ranks and the courts needed to replace the lost labour, so offered staff the opportunity to become trainee clerks.

He did a stint at Liverpool Magistrates’ Court where he administered legal aid and was engaged by the then Lord Chancellor’s Department to train staff to carry out the interests of justice test.

Parry qualified as a solicitor at the expense of the court service and went into private practice in 1996. He set up his own firm seven years ago and has recently carved out a niche doing dangerous dogs work.

He favours a change in the law that would mean dogs did not have to be destroyed just because of their breed and is a supporter of the charity Born Innocent, set up by barrister John Cooper QC.

‘Pit bulls aren’t the most dangerous dogs; you’re more likely to be bitten by a dachshund,’ he notes.

And with that, he is off the Petty France for a meeting with the ministry.